in the Allocutions of Pius XII

Since the eighteenth century, generations have been schooled in the utopian belief that a classless society is the only guarantor of liberty and justice for all. In order to achieve this, many thinkers supported the belief that perpetual conflict between classes is inevitable and even desirable. The factory owner is against his employees; the farmer against his tenants; the middle class is against the working class, and so on. These thinkers believed this endless hostility would sooner or later lead to the stamping out of all the inequalities that cause injustice. Ultimately this thinking gave rise to Marxism, which holds that a quick, violent revolution will level society in one sweep and forever end the institutionalised injustice of an hierarchical society.

However, the Church does not share this view. In his masterly survey of Catholic thinking about this controversial subject, Professor Plinio Corrêa de Oliveira looks back on a long tradition of Catholic social teaching. He marshals the writings of theologians, saints, and popes. In particular, he cites Pope Pius XII, who preached a series of allocutions on this very subject.

The Church has frequently reaffirmed that a natural and proportional hierarchy is good for society. If this hierarchy is in accordance with the Christian spirit it does not cause injustices, nor the exploitation of the lower classes by the upper, nor the freezing of society into rigid hierarchies. On the contrary, it enables natural leaders to develop at all social levels, leaders who will tend to dedicate themselves to the common good. This is the best way to protect the lower classes from exploitation and from manipulation by demagogues.

Pope Pius XII maintained that even those of noble birth still have an important leadership role in contemporary society. They can and should make their special contribution to the common good. They have a reserve of talents and experience honed over the generations. But the egalitarian trend of modern society has ostracised them and driven them from positions of responsibility. Pope Pius encourages them to return to active participation in the body politic.

Another group that can, and should, be allowed to contribute to the common good through leadership roles are traditional families. They do not have noble blood but have a somewhat analogous role to the nobility. They are found throughout society and would be a major force for social improvement and reform, the development of arts and sciences, schools, hospitals, libraries and philanthropic organisations. This is because they, like the nobility, have a natural ability to serve the common good. 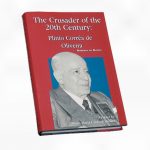 The Crusader of the 20th CenturyUncategorized 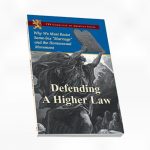