Rapprochement with communist regimes is a key plank in current Vatican diplomatic strategy. Negotiations have been afoot for some time with Cuba, Vietnam, and China.

In China’s case, Rome hopes to bring to an end the schism with the Chinese Patriotic Catholic Church, the pseudo-Church set up by the communists in 1957. There is also a desire to win for the underground Catholic Church more freedom to operate with an organisational cohesion hitherto impossible (buildings, fundraising, seminaries, and so forth). Another factor, of no small significance, is the desire to be at peace with the Communist regime itself.

The trouble is, the Vatican’s rapprochement is based on an unrealistic and naïve understanding of China. Pope Francis believes that if he gives a little, they too will give a little. And both sides need to give just a little in order to resolve a lot of differences. This is wishful thinking.

Whatever benefits might accrue in the short run, the deal will be detrimental to the Faith in the long run. The Church will discover that its freedom of movement is diminished. It may be possible to build more churches, but they will be churches without exterior crosses. There may be more seminarians and priests, but it will be impossible to preach the Gospel in its integrity. It may be possible to publish books, but only with the imprimatur of the Communist Party. Any small digression from Party directives will be denounced as a breach of the agreement.

Repression and control will increase. Beijing, believing it has achieved its goal of bringing the Church to heel, will view further concessions as unnecessary. This is the mentality of the Chinese Communist Party, which sees a conciliatory attitude as weakness to be exploited. As time goes by, the Chinese Church will become an organ of the Party, a hollow Potemkin Church, with all the trappings of the institution founded by Our Lord Jesus Christ but none of the spirit.

When we consider the team that has been working on this agreement with Beijing, that is, those advising Pope Francis, and the declarations of certain high-ranking Vatican officials, we are astonished at their fawning attitude towards the Chinese authorities. It is impossible to believe they are so unaware of the Chinese reality. The information is accessible to anyone with an internet connection. There are none so blind as those who don’t want to see.

The appeasement of Beijing will have the effect of demoralising millions of underground Chinese Catholics for whom being a good Catholic was synonymous with loyalty to the Pope and resistance to the Communist Party. This loyalty often came at a high personal cost. Now they are told this is in vain because Rome and Beijing are of the one mind.

The Vatican-Beijing agreement will have another effect. World public opinion will see the Church as no longer opposing materialistic systems, such as Chinese socialism. Catholics concerned with the universal violation of human rights in China, and who oppose socialism because it is anti-religious, will be tempted to take a softer stance. They will feel obliged to remain silent, despite their consciences, out of respect for the Holy Father’s wishes. In this way, a major psychological obstacle to the expansion of China will weaken in the West.

While the Vatican-Beijing deal is a propaganda coup for the Communist Party, it is a disaster for the Catholic Church. 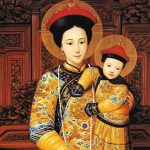 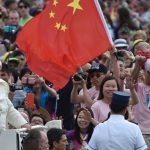