It depends on what you mean by the C-word

When speaking of imbalance in our economy, many are quick to lay the blame on capitalism as a system. One must reject such an evaluation. In its purely popular sense, capitalism is a market system of production and consumption that protects the right of private property and free enterprise under the rule of law. In this sense, it is a useful system that has produced general prosperity. This sort of capitalism can hardly be the target of our criticism.

Yet capitalism cannot be a battle line to defend. The word has other meanings that cannot be endorsed. The Left has long used this term to describe the system’s shortcomings or excesses, while some libertarians have used it to promote a radical anarchical agenda.

One should avoid the trap of using the word indiscriminately. It is wiser to follow the advice of Jesuit economist Fr. Bernard Dempsey, who claims that capitalism is a word incapable of scientific definition, and one that should only be used with great reluctance: “Only a very foolish general accepts battle on terrain of his adversary’s choice.” It is best to use this vague term sparingly. 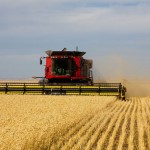