Everything in its place and a place for everything

The Church has always favoured economic prosperity. However, the Church also insists upon balance, as can be seen by this quote from Spanish writer Donoso Cortes:

“It is absurd to suppose, as some do, that the holy religion which we profess, and which Church which contains and preaches, either disdains or looks with dismay on the free expansion of public wealth, of good solutions to economic questions, and the increase of material interests.”

“While it is certain that religion does not propose to make people powerful but blessed, nor make men rich but holy, it is nevertheless one of its noble and great teachings that it was revealed to man his providential duty to transform all of Nature and to put it at his service by means of his work.”

“What the Church seeks is a certain equilibrium between material, moral, and religious interests; what it seeks in this equilibrium is that everything be in its place and that there be a place for everything. What it seeks, in the final analysis, is that the first place be occupied by moral and religious concerns and that material ones come after.”

“And this is not simply because the most fundamental notions of order require it to be so, but also because reason tells us, and History teaches us, that this prioritising, which is the necessary condition for equilibrium, is the only one that can exorcise the grand catastrophes that are always ready to arise when the preponderance of exclusively material interests causes concupiscence to ferment.” 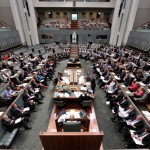 Don’t blame the Government for not doing what it’s not supposed to doEconomy, John Horvat 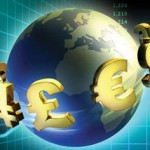 The trouble with CapitalismEconomy, John Horvat